Email us sales@lightningboltandsupply.com your inquiries to receive the guaranteed best pricing in the industry.

A double end stud is a type of stud that is equally threaded at both ends to accommodate a nut. Typically, both ends are chamfered. Double End Studs that are available include:

All are readily available in stock at Lightning Bolt and Supply.

*When looking for threaded studs, it is important to know the precise length you need, since the varying lengths in the thread and overall fastener is critical to a secure fit.

Being centrally located in Baton Rouge, Louisiana, we are capable of shipping Double End B7 studs and Tap End studs to jobsites worldwide. Call or email us today to see how we can accommodate you with our high-quality products and knowledgeable, friendly staff. 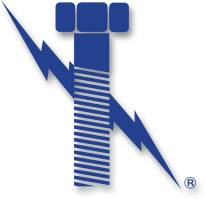